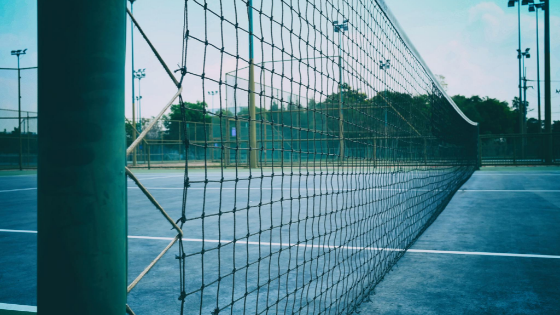 Padel is a newbie to the scene. Padel, developed by Enrique Corcuera in Mexico in 1969, was known as a global sport in 2019 which is one of the world’s biggest sports in terms of membership.

What the Padel is?

It’s mostly a doubles sport that’s comparable to tennis with a dash of squash tossed in: the court is around 25% smaller as comapred to a tennis court and also is surrounded by glass panels that can be used during game – and steel mesh fencing that can’t.

The fast-growing game of Padel is poised to overtake the conventional favourites. It is a lively, fast, and intense sport with aspects of tennis and squash that has become somewhat of a sensation in the UAE. Consider a 3-quarter-sized tennis court set in a hidden, four-wall cube such as in squash, and with a stringless bat as you’d see in a beach-bat and ball, and you’ve got yourself a pretty good idea of what it was like.

Padel is the latest workout craze. Here’s all you need to know about the tennis substitute, including the best padel courts in Dubai to party!

As it officially opened in March and BOOM! It became the Dubai’s latest padel courts.  Here at Dubai Central Court seven courts are accessible for players to use, with 2 of the top players in the world, Agustn Tapia and Juan Lebrón, being the first to try it out.

Just Padel has everything sections of Dubai handled, with venues at  Uptown School in Mirdiff, Kite Beach, Kent College in Meydan South, and the spanking new facilities at Mina Rashid Marina. Prices range from Dhs180 plus VAT for 45 minutes at school facilities to Dhs220 plus VAT on Kite Beach, with equipment hiring costing at Dhs30 for a racket plus three balls.

If you’re seeking to reserve a best padel court for a play, need some expert advice on your game, or join a game, Padel Pro in JLT has you covered. Although if you don’t have any tennis mates, Padel Pro features a’match-making’ services to bring players together.

It also offers a shop where you can load up on stuff for your new passion, promising to be the UAE’s first commercial indoors padel club.

Do you want some air conditioning with your padel? Then travel inside to Dubai Sports World, in which the sport was on the calendar for a couple of years. The cost of hiring a court starts at Dhs100 for an hour, rising to Dhs150 around peak hours, and scheduling ahead is advised because the padel courts are extremely famous this year.

We’ve paddled all around Palm countless times in canoes, paddleboards, and just along the beach, well you can padel as well. Aside from the painful puns, this is really a good complex with 3 padel courts as well as a fitness room.

If we didn’t always have a modest version of the latest trend, this wouldn’t be Dubai. 6  outdoor padel courts, meditation and yoga studios, and the cooling Nette café are all available for post-game discussion.